eBooks Help the Environment One Download at a Time

Sales of eBooks went up 164 percent from 2009 to 2010. eBooks, which include digital newspapers, books, blogs, or journal articles, can be readily downloaded right to a computer or mobile device.

eBooks had an 8 percent share of the book market in 2010, which rose to 15 percent by 2011. It is expected that in 2012, the market share of digital books will be around 20 percent. By 2025, eBooks are forecasted to comprise around 75 percent of the market. 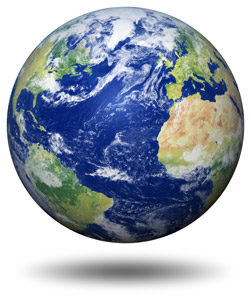 It's all about Mother Earth

The steady rise of eBooks should benefit the environment by reducing use of paper and ink, and by slashing transportation, warehouse, and shelf-space impacts.

The printed book not only uses paper, but also requires a lot of water and energy. There are also other environmental impacts when storing and shipping physical books. eReaders use resources, of course, but by displaying many books and newspapers, their overall footprint is lower.

The amount of paper used for books in one year was estimated at 1.5 million metric tons, and each book produced gave off an estimated 8.85 pounds of carbon dioxide. Study groups have found that the carbon released from eBooks is offset after people read more than 14 eBooks. For the life cycle of a device for reading books, the carbon emitted is offset after the first year. The savings in carbon emitted into the air is around 168 kilograms for the following years after the first year of use.

An avid reader, who will read more than 10 books a year, should consider buying a device and download ebooks to benefit our environment. Some eReaders will allow you to search the Web and answer e-mails, as well as read all the books you desire. Using a reading device could bring down a person’s overall carbon footprint.

The prediction is that eBooks will eventually take over the printed word completely. Going paperless has been a long-time goal, though we still have a ways to go.

We also need to make more progress in recycling spent tablets and eReaders.

It’s also true that one potential downside of the eBook revolution is the decline of local bookstores. But a number of other factors are also at play, including rising rents, competition from big box stores and major online retailers, and changing consumer habits.