“At BooksOnBoard, 2012 is shaping up to be the Year of the Historical Romance,” stated Nathan Johnson, BooksOnBoard’s Director of Operations. “Sophisticated romance readers appreciate the specialized knowledge that authors must develop to write period content with accuracy, and 2012 has had, and will continue to have, a lot in that line to offer.”

Historical romance crossovers are doing better than ever. “2010 saw a flurry of activity as more and more historical romance authors began to weave elements of paranormal or fantasy into their Victorian and Regency settings,” said Bob LiVolsi, founder and CEO of BooksOnBoard. “Now, the many crossover series that debuted in 2010 have matured in plot, character, and—more significantly for the crossover subgenre itself—style.”

Lydia Dare—the nom de plume of writing duo Tammy Falkner and Ava Stone—started turning heads in 2010 with the arrival of the Westfield Wolves series, which adds a powerful family of werewolves to the social landscape of Regency England. Two years later, Dare has returned to release The Wolf Who Loved Me, a title that has been making its presence known on BooksOnBoard’s Bestsellers List since its release earlier this month.

Dare isn’t the only name in historical romance commanding attention right now, however. Jennifer Ashley (The Duke’s Perfect Wife), Tessa Dare (A Week to Be Wicked), and Miranda Neville (Confessions from an Arranged Marriage) have become some of BooksOnBoard’s most successful authors in recent weeks. Still others are enjoying success even days before their new romance titles hit the shelves: Mary Jo Putney (No Longer a Gentleman) and Amanda Quick (Crystal Gardens, a paranormal crossover) are already approaching BooksOnBoard’s top ten.

“Readers seem to be demanding more from historical romance authors,” LiVolsi noted. “Authenticity, complexity, and originality are the hallmarks of success at BooksOnBoard.” Readers of traditional historical romance or historical romance crossovers may choose to agree or disagree over the labels applied to their favorite genres, but according to LiVolsi, one thing seems clear: “This year, authors are delivering on such a scale as has never been seen before.”

BooksOnBoard is the largest independent online retailer of eBooks, with an inventory of approximately 500,000 unique titles.

First Edition Design Publishing, the industry’s largest distributor of eBooks, submits titles to BooksOnBoard and to over 100,000 other distribution points and booksellers in more than 100 countries. 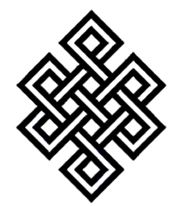