I am a published author. My first two books published by a small regional press sold out the print run in six months. There were only two thousand copies which became popular on a local level based on folklore of Northeastern Native Americans. During that time the publisher filed for bankruptcy and closed. With less than $1500 in royalties I could not afford to reprint.

Amazon sold more of my books than Barnes and Noble and both companies were selling and asking for used copies and still are to this day. A friend mentioned that I should try to record the books. I had been a road musician for seventeen years and she convinced me that my voice would work as a professional reader. We already had most of the equipment and all I needed was a sound room. We built a tiny studio set up the microphones and equipment and I embarked on a new path for my writing. After several months of trial and error I made a demo disk and sent it to Audible thinking they would reject it. Two days later the acquisitions department called and offered a contract.

The phone call was one of the nicest experiences I’ve had. She was professional, polite and excited with my projects and asked for an exclusive. I accepted the contract and believe it or not I did not know that Audible was a wholly owned subsidiary of Amazon. Many articles and blogs complain that Amazon is too big, a monster that consumes everything possible. My experience with Amazon up to this point was as a customer and they do go out of their way for customer satisfaction. Client satisfaction is however not on the same level.

Something wicked this way comes?

My projects were assigned to an engineer whom I came to know as the Dragon Lady. I sent over three dozen CDs to start as this was an acceptable format outlined in the contract. Two months went by without notice of receipt, something else outlined in the contract and I worried that my audios were lost in the mail room or misplaced due to the sheer size of the company. Seven e-mails were not answered so I sent an e-mail to the woman who offered the contract. She forwarded my mail to the Dragon Lady and I received a reply within forty minutes. Yes my CDs were there – end of note. Sending a mail through another department was a fatal error. Dragon Lady took great offense that a nobody such as I would dare to contact her by a third party.

From that time on I walked through Audible hell for six months as Dragon Lady rejected my work six times. These were her rules: If one mistake is found it cannot be repaired by sending a single MP3 track even though the contract says this is acceptable. The project has to be reloaded with every track (chapter) in numerical order.  Each project takes up to six weeks to process and at the end of each month she found something else wrong most were simple things that could have been repaired and reloaded in five minutes. Because I had enraged Dragon Lady with the e-mail she sought revenge month after month until I became convinced that she was possessed by the ghost of Leona Helmsly and reigned as Audible’s official Queen of Mean.

The only defense was to send another mail to the legal department asking that the contract be reduced and reinstated as non-exclusive due to the abuse of this small minded bully who simply refused to process my work. Legal contacted Dragon Lady and informed her that she breached the contract and to put my work on line without further delay. Dragon Lady did so without apology or even notice that the projects went live. She made sure the audios were not listed or advertised, another breach of contract. 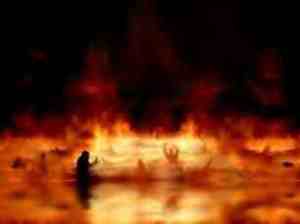 To answer the above question, yes Amazon is too big. Their subsidiary programs have too much control and again client satisfaction is nothing while customers are given anything they want. I had the same problem with Create Space though not as bad as the Dragon Lady. The books they print are inferior with misaligned covers, faded ink and one book was actually put into distribution with twenty one blank pages in the middle of the book. Lucky for me the investment was tiny and I made them refund the cost of the misprints and you guessed it, I did this by complaining to another department.

Kindle select was another mistake by allowing them exclusivity I have lost valuable markets for two books that would have expanded sales. Amazon programs do not care after your signature is on the paper or the agreement is made on line. I have stopped all advertising for Audible and Create Space. I do run ads for Kindle but those will stop too after I withdraw from select, which will be soon then I will send the books to other publishers.

If you are an author, I strongly advise working with a credentialed e-publisher. Paying the fee will buy some piece of mind and your book will have a better chance with multiple venues. All e-books go to Kindle anyway so do not make them the single source.

If you are thinking of audio books follow the same rules. 1. DO NOT make an audio with an artificial voice – most distributors will not handle them and the ones who do are not worth the trouble and fees. 2. DO NOT make any company a single source distributor – you are cheating yourself this way, depriving your work of multiple venues. 3. Last but not least – DO NOT sign a contract in a hurry because you are so grateful, so thrilled that someone says they like your work. The sad fact is that most e-book companies do not even glance at your manuscript and they will publish a shopping list hand written on toilet paper if you pay the fee. Remember that e-publishers do not advertise your work unless it is for a fee and I’ve seen ad packages for as much as $3000. This is another rip off. You have to advertise your books like everyone else on FB, Twitter and other social media programs and for the stout-hearted ones who believe in their own work consider running local newspaper ads for under $50.

I hope this information helps someone who wants to publish their first book and the final fact is if your work is good, word of mouth will sell it in time, it may take a lot of time but it is the best method – no returns. I wish all of you the very best of luck because you will need it. Cheers from Audible Hell—Jamie Sutliff.

n This post solely reflects the views and opinions of its author. 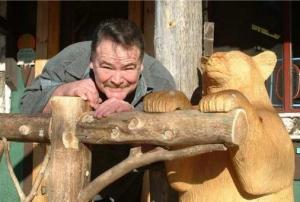 Jamie Sutliff is an artist/sculptor/author living in the Adirondack Mountains of New York. He specializes in life-sized wildlife sculpture for museums and private collections, including 2 Museums of Natural History. His work has appeared in over a dozen national magazines, most recently, The Smithsonian, Oct 2004. His research on early northeastern Native American tribes has led to the writing of three novels on the subject. Two of these novels in a three book series, “The Elves of Owl’s Head Mountain” and “The Land of the Nen-Us-Yok” were published in 2007 (regional small press) and awarded four star reviews from Foreword magazine for the learning curve offered to young adults with lessons in Native American languages, math, global warming and modern day issues woven through fast-paced fantasy plots. First Edition Design Publishing published these three illustrated books as a trilogy in May 2012 and the edition is available on eBook venues world-wide. Sutliff has written six novels (two premises for graphic novels) and a short story collection. He has five novels available in trade paperback.

Sutliff has critiqued aspiring writer’s work for various groups and workshops. Visit him at www.jamiesutliff.com