How Safe are eBooks From Illegal Copying?

Publishing has enjoyed a far smoother journey into the electronic age than the music business. But that doesn’t mean it can be complacent about piracy.

While the collapse of early file-sharing site Napster did not kill music piracy, it nonetheless highlighted battle lines between legitimate and bogus music resources on the web – developments that are now proving relevant to online book publishing too.

June marked a full decade since Napster filed for bankruptcy, weakened by multiple copyright lawsuits from record labels and their artists. Two months on from that anniversary, the UK branch of online retailer Amazon announced that its sales of Kindle ebooks had finally outstripped those of their print ancestors: 114 digital publications selling for every 100 physical ones. In between those two milestones occurred an incident that neatly linked them together…

Confess – or be shamed 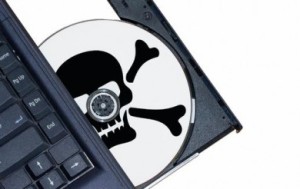 It concerned the July release of fantasy author Terry Goodkind’s novel, The First Confessor – a long-awaited prequel to his bestselling Sword of Truth series. Aiming to test his audience’s uptake of electronic reading devices, Goodkind published the tome as an ebook exclusive, with just 300 special limited edition print copies available to diehard collectors. Sales of the ebook soared instantly. But Goodkind was enraged when he became aware of pirate copies that emerged within days of the official publication. For the author, this was particularly galling, as he had prepared the ebook for release himself – unaided by his regular publisher Tor.

His wrath inflamed, Goodkind took to his Facebook page to name and shame one of the pirates – one Josh Press. In a posting that included Press’s photograph, Goodkind accused him of having ‘no respect for a hard-working author’ and asked him: ‘Can’t [you] be bothered to read and consider our note on piracy in the front of the book?’ In a subsequent posting, Goodkind explained that he’d wanted to expose ‘someone that claimed to be a fan, a reader of books, had accessibility to the books, had every incentive to purchase and support them, but instead chose … to disregard the work, [and] the values within it’.

Which begs the question: is illegal ebook copying becoming as big a threat to intellectual property (IP) as music piracy?

Publishers and authors have every reason to be wary of ebook piracy, with its grave implications for revenue – and the IP system that is meant to protect them.

Impacts of the practice are felt across IP categories: as well as duplicating the copyrighted content of its source text, a pirated ebook is infringing upon the trademarks of the author and publisher. And as US legislators propose Acts that could enable IP enforcers to seize domains suspected of hosting pirated content, the message to web managers is that stringent housekeeping of their sites would be welcomed sooner rather than later.

But there are differing views on how seriously ebook piracy should be taken. In a June article for the Wall Street Journal, Listen.com founder Rob Reid pointed out that the circumstances in which ebook piracy has emerged are subtly different to those that drove the early years of music-file sharing. For a start, he argued, the popularity of ebook technology – led by Amazon’s patented Kindle device – has grown in tandem with the spread of legitimate content, narrowing the scope of pirates’ operations.

That is in stark contrast to early file sharing, which was driven by the first wave of MP3 devices such as the Rio, released in 1998. Beating Apple’s first iPod model to the market by three years, the Rio operated in a Wild West climate where online music was the preserve of file sharers and had yet to be reined in by legitimate, label-endorsed services such as iTunes or Spotify. Taking advantage of such a lax environment, file sharers ripped and distributed as many tracks as their devices could accommodate, and the record labels quickly began to haemorrhage content – and profits.

Working through their trade body, the Recording Industry Association of America (RIAA), US-based labels initiated court action against Rio manufacturer Diamond Multimedia to block sales of the player in the year of its release. In the case, the RIAA thought it held an ace in the form of the 1992 Audio Home Recording Act (AHRA): legislation designed to allay label fears over the spread of digital audio tape (DAT) machines, which could make sound reproductions identical in quality to studio recordings.

The RIAA argued that, under the Act, the Rio should include an early form of digital rights management (DRM) technology called the serial copy management system (SCMS) – software that would prevent consumers from using the Rio to duplicate tracks. It also stressed that Diamond should pay royalties on the song files held by its players. However, in the first stage of the case at the Central District of California and its subsequent Federal replay on the Ninth Circuit, the RIAA was defeated: judges ruled that the Rio fell outside the scope of the Act.

It was inevitable that a DRM debate would emerge in connection with ebooks, and that has been the case this year. In April, Goodkind’s regular publisher Tor announced plans to drop DRM from its entire electronic catalogue, following consumers’ complaints that the software prevented them from reading their ebooks on multiple devices (eg, iPads and other, non-Kindle readers). So, in that case, technological factors urged a content provider to move away from the record-label position of the late 1990’s. But other publishers, including Hachette – which considers DRM a valuable resource – are concerned that abandoning it would harm authors’ rights and royalties.

Another organization that is taking a keen interest in the protection of ebooks is the UK Publishers Association (PA). Despite Reid’s downplaying of ebook piracy in the Wall Street Journal, the PA revealed earlier this year that, in the course of 2011, it issued 115,000 cease-and-desist orders to websites offering pirated titles – an increase of 130% on the previous year. The group takes the problem very seriously, and provides authors and publishers with anti-piracy advice on its website.

One author who has remained resolutely unruffled by ebook piracy is Paolo Coelho, the man behind mega-selling, spiritual-quest novel The Alchemist. In February, he called upon internet copycats to ‘pirate everything I’ve ever written’, because he was convinced it would stimulate real sales. Perhaps his remark conveyed some of the originality that has made him a successful writer. But, equally so, perhaps his sentiment is far too Zen for an industry under threat.

Do you fear eBook pirates?