Long feared on death’s door, college bookstores have been given a new lease on life — credit textbook rentals.

The nation’s brick-and-mortar college bookstores have been struggling to compete with online retailers. Their answer to e-books is an alliance with former rivals: textbook rental companies, such as CampusBookRentals.com,a major driver of the movement that offers kiosks within stores themselves. 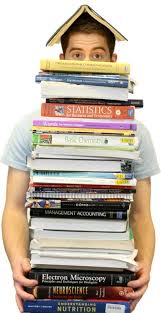 Bill Simpson, president of the UConn Co-op bookstore, said the system allows students to spend less money on textbooks overall while the store is able to rent the textbooks many times before they leave the store’s inventory. Many large textbooks cost well over $100 but can be rented for about 33% to 55% less, according to the National Association of College Stores (NACS).

“You get to sell the book for less to the student, and we get paid more than if we had sold it directly to the student, so it’s a good deal for both of us,” Simpson said.

The NACS estimated that textbook rentals have saved students a total of $300 million this year.

In a recent survey, students estimated that they spent an average of $655 on textbooks this year, down from $702 four years ago.

Alternatives to paying the full price of a new textbook include buying used books and later selling them back to the store.

Textbook-industry analyst Jeff Cohen said that the popularity of in-store textbook rentals has been growing among students because of the initial cheap cost.

“Students have always wanted to have the lowest upfront cost,” Cohen said. “If a book is more expensive to buy but you’re going to get more value at the end of the semester, students will still rent” because they’re initially getting a cheaper price.

NACS representative Charles Schmidt said that students are drawn to renting because it is more risk-averse than buying a used textbook and later hoping to sell the book back at a good price.

“It’s kind of like buying a house vs. renting,” Schmidt said. “With the rental, they don’t have to … lay down 100 dollars for a new book and wait a semester and hope to get 50 back.”

Students have been able to rent textbooks online for a number of years, but in-store textbook rentals have only recently caught on. Touch-screen kiosks also enhance the experience for students.

The NACS said that nearly all of its 3,000 members will provide in-store textbook rentals this year, up from only 300 locations in the fall of 2009.