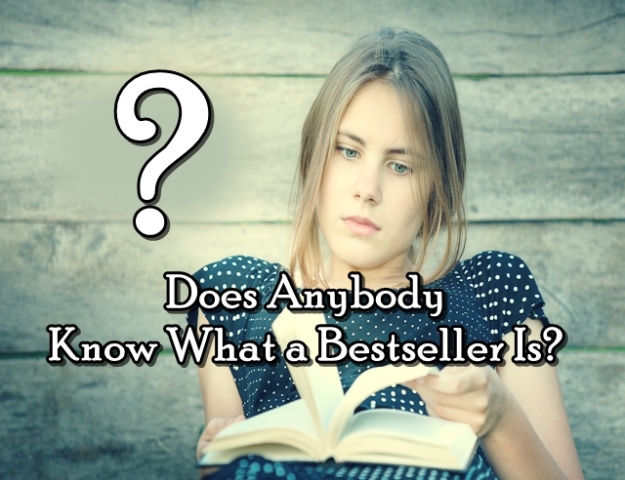 Bestseller lists have long been powerful marketing tools for the industry. In short, they sell books. But they have proliferated, with more lists that group books according to different metrics, and industry insiders are wondering whether they wield as much power as they used to. When nearly any title can be called a bestseller, does becoming a bestseller still matter?

Historically, bestseller lists were broken down along two major lines: format and category. The largest groupings were nonfiction and fiction. Those groups were then broken down by the three major print formats: hardcover, trade paperback, and mass market paperback. The introduction of the fourth format—e-books—disrupted the way bestseller lists are compiled, as it did many other parts of the industry. Because e-books are predominantly sold online and not in stores, their sales can’t be tracked in the same way that print sales are: by collecting data from physical retailers.

Further complicating the bestseller list landscape was Amazon’s introduction of multiple bestseller lists. The e-tailer, which tracks sales of its titles in real time, publishes a wealth of lists, broken down by format and also by multiple subcategories. There are “overall” print and Kindle bestsellers on the site, but also numerous subcategories like “Crafts, Hobbies & Home,” “Humor & Entertainment,” and “Law.”

The New York Times famously pulls data for its lists from a select and secret sample of retailers, and Amazon, while reporting its print sales, does not, for the most part, disclose sales of e-books. The lists that are arguably the most transparent, like PW’s, rely on NPD BookScan’s point-of-sale data, which tracks 80%–85% of print sales in the country but doesn’t include data on e-book sales. Other news outlets, such as the Wall Street Journal and USA Today, run their own lists, and organizations like the American Booksellers Association produces multiple lists, including an overall list of bestsellers in ABA bookstores and regional lists.

The sheer number of lists and Amazon’s decision not to widely share its e-book sales figures (despite the fact that BookScan has for years asked the company to take part in its sales aggregation program) means that there is not a true national bestseller list that can definitively identify what the top-selling books are across all formats in a particular week.

Link to the rest at Publishers Weekly

First and foremost, as the OP indicates, bestseller lists are marketing tools, particularly for traditional publishers and meatspace bookstores.

But what good is a marketing tool if you can’t control it?

It’s an open secret that traditional bestseller lists like the Times and WSJ lists can be and are gamed to create artificial bestsellers.

Is there a downside for engaging in such gaming? Who is going to punish fakers and how is a respected independent authority going to know for certain that a book that made a bestseller list was not, in fact, a bestseller?

In this respect, the NYT’s well-known secrecy about how its bestseller lists are created is, for PG, an indication that the lists aren’t to be trusted. Transparency would permit an interested observer to examine the NYT methods for errors and biases. If we’re to trust the NYT lists, how about an audit by an independent outside accounting firm?

An independent audit will never happen because the NYT likes its black box. Numbers of unknown quantity and quality go in one end of the box and ratings come out the other. It’s the definition of obscurantism.

Why is a newspaper even in the business of compiling a bestseller list? Why does the NYT exclude some of the biggest-selling books because they’re “perennial sellers”? (see the NYT methodology below) Does that mean a book can be on the NYT bestseller list for three months, then drop off the list because it’s become “perennial” even though its sales have continued at the same or higher levels?

Further, PG isn’t certain what a bestseller is. Is it #1 in a category? #1 overall? Is it a book that makes it into the top 25 bestsellers on somebody’s list?

While this is not legal advice, PG suggests it would be difficult to charge and convict a publisher or an author for false advertising for using the terms, “bestseller” or “bestselling novel” or something similar.

Here’s the NYT’s current disclosure of its methodology for compiling its lists. PG found lots of wiggle room and many gray areas, but perhaps he’s overly suspicious.

A version of this Best Sellers report appears in the November 12, 2017 issue of The New York Times Book Review. Rankings on weekly lists reflect sales for the week ending October 28, 2017.

Rankings reflect unit sales reported on a confidential basis by vendors offering a wide range of general interest titles. Every week, thousands of diverse selling locations report their actual sales on hundreds of thousands of individual titles. The panel of reporting retailers is comprehensive and reflects sales in stores of all sizes and demographics across the United States.

The book selling universe is comprised of well-established vendors as well as emerging ones. The sales venues for print books include many hundreds of independent book retailers; national, regional and local chains; scores of online and multimedia entertainment retailers; supermarkets, university, gift and big-box department stores; and newsstands.

E-book rankings reflect sales from leading online vendors of e-books in a variety of popular e-reader formats and are included in our combined fiction, combined nonfiction, advice, children’s series and monthly lists. Titles are included regardless of whether they are published in both print and electronic formats or just one format. In general, publisher credits for e-books are listed under the corporate publishing name instead of by publisher’s division or imprint, unless by special request.

The appearance of a ranked title reflects the fact that sales data from reporting vendors has been provided to The Times and has satisfied commonly accepted industry standards of universal identification (such as ISBN13 and EISBN13 codes). All identities, anecdotal, contextual, and other information about the retail sales of any title, as well as overall sales data, are provided with the expectation and assurance of confidentiality by every vendor and are protected by Non-Disclosure Agreements.

Sales are defined as completed transactions by individuals during the period on or after the official publication date of a title. Institutional, special interest, group or bulk purchases, if and when they are included, are at the discretion of The New York Times Best-Seller List Desk editors based on standards for inclusion that encompass proprietary vetting and audit protocols, corroborative reporting and other statistical determinations. When included, such bulk purchases appear with a dagger (†).

Publishers and vendors of all ranked titles must conform in a timely fashion to The New York Times Best-Seller Lists requirement to allow for examination and independent corroboration of their reported sales for that week. Sales are statistically weighted to represent and accurately reflect all outlets proportionally nationwide. An asterisk (*) indicates that a book’s sales are barely distinguishable from those of the book above.